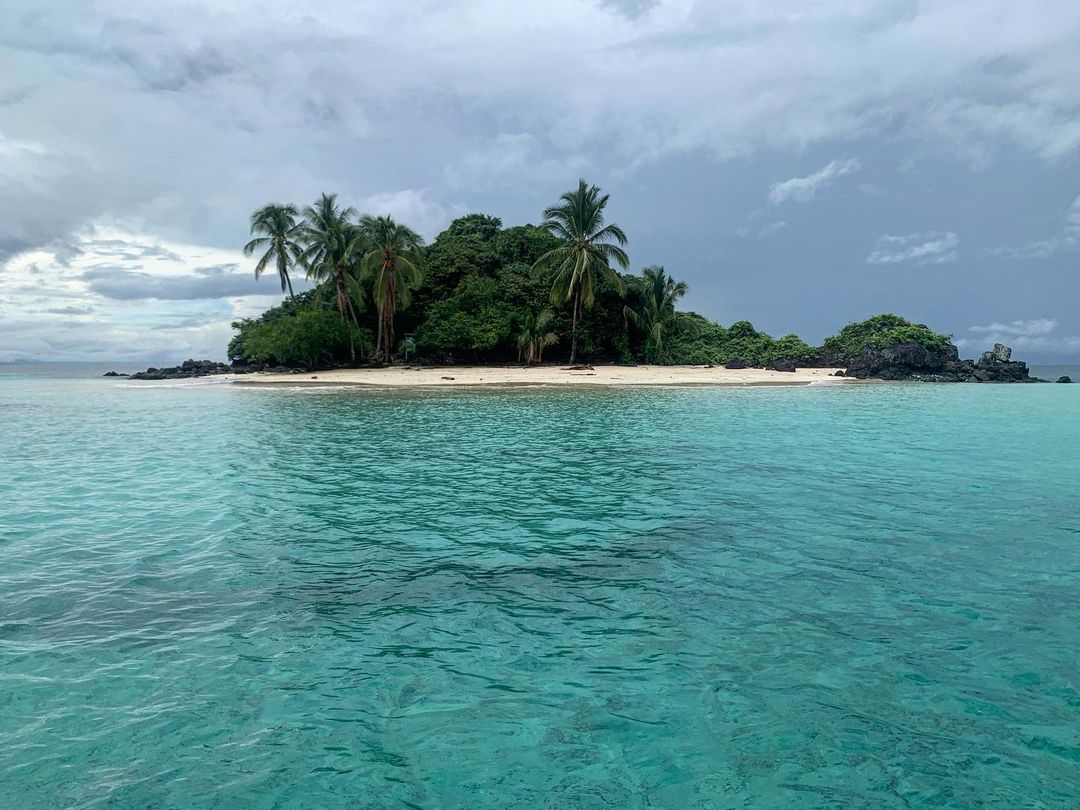 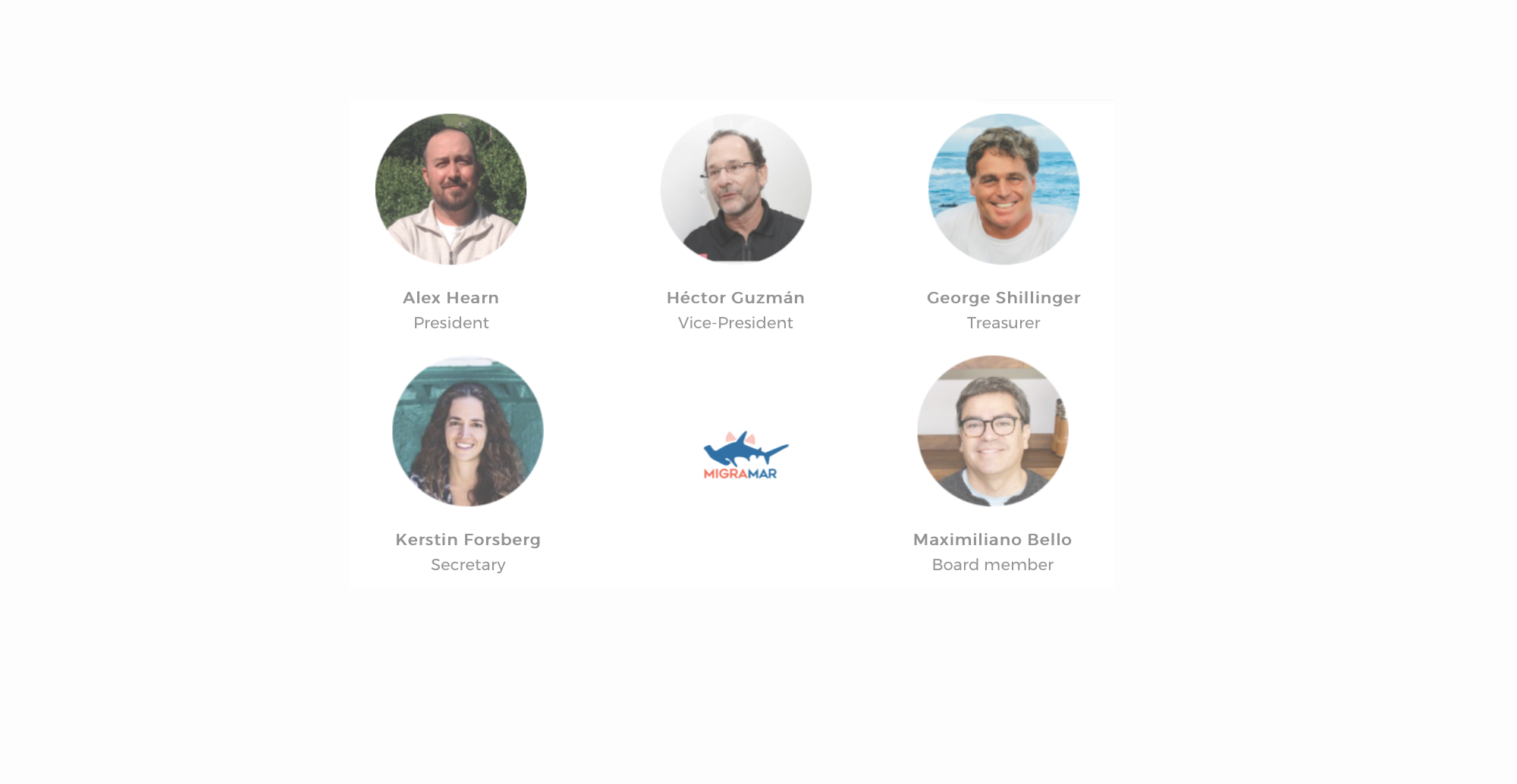 Notice of change of Board of Directors

MigraMar is pleased to announce a new Board of Directors. Founding member Dr. Alex Hearn assumed the presidency of the board on April 1st, joined by existing board members Dr. Hector M. Guzman (vice-president), Dr. George Shillinger (treasurer) and MS. Kerstin Forsberg (secretary).

They are joined by international policy expert Maximiliano Bello, who has over two decades of experience in the marine environmental sector and has worked directly with scientists in the MigraMar network. MigraMar wishes to thank outgoing President Dr. James Ketchum, and board members Sandra Bessudo, Todd Steiner, Robert Rubin and Eduardo Espinoza for their leadership throughout the past cycle, which has seen MigraMar become formally established as a charitable organization. 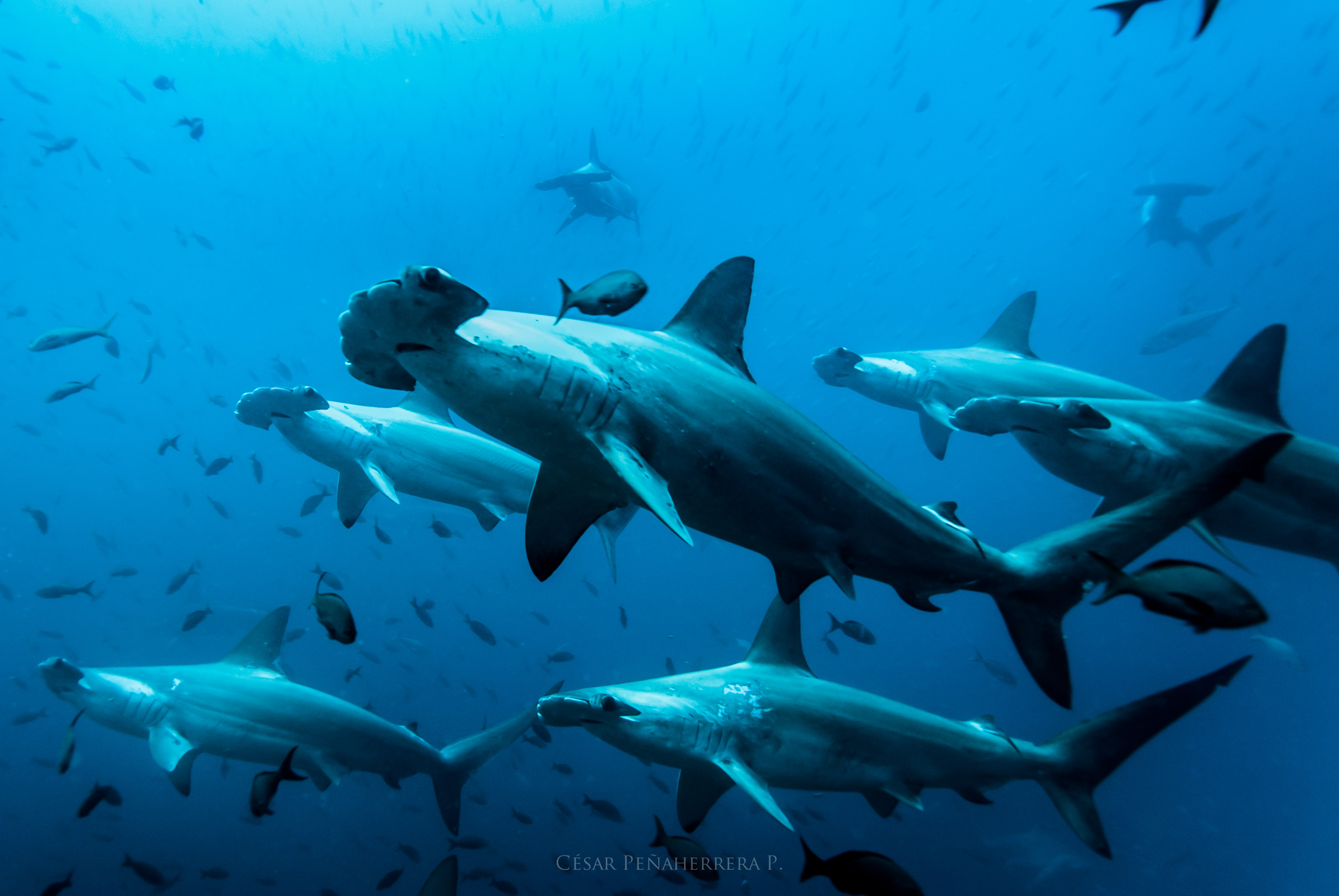 Within the region, there are several World Heritage Sites (UNESCO), some of which have recently been expanded, while others are in the process of expansion. Since 2006, MigraMar – a network of researchers and conservationists from different organizations – has been dedicated to understanding the movements of these species within and between these marine protected areas.

By engaging the governments of Costa Rica, Panama, Colombia, and Ecuador through the Eastern Tropical Pacific Marine Corridor (CMAR), MigraMar’s biological and oceanographic research efforts foster the use of innovative technologies for the management of the high seas to protect populations of highly migratory marine species. 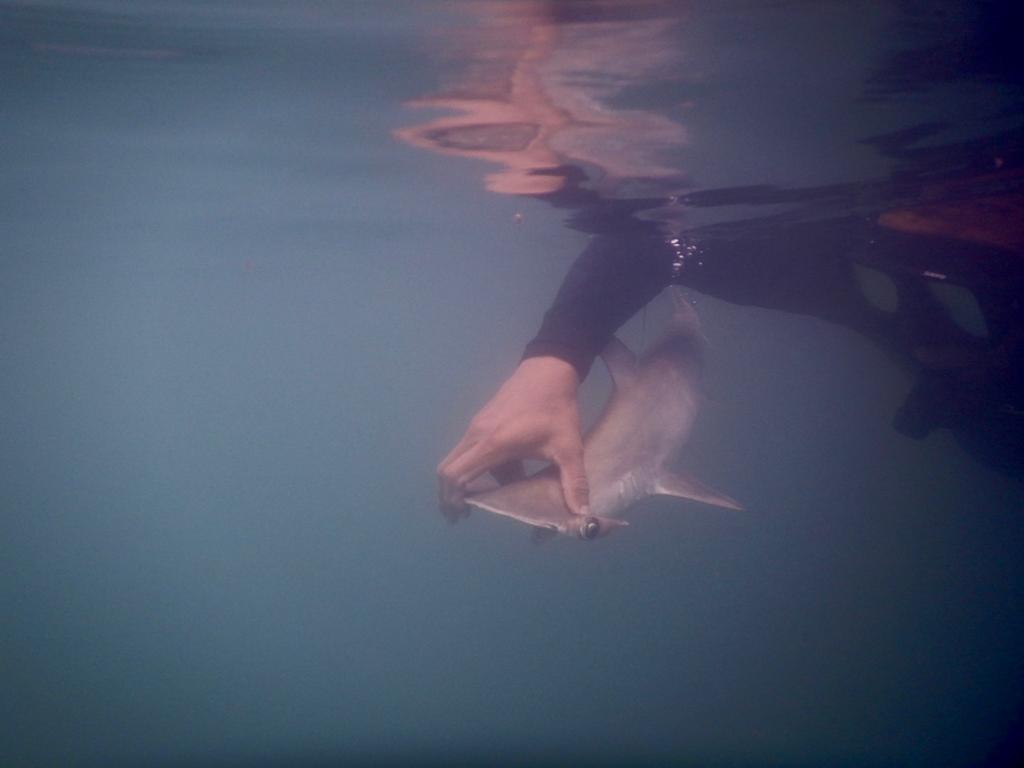 Hammerhead sharks are very sensitive to over-exploitation. These sharks possess ecological characteristics that increase their vulne- rability, such as low birth rates, late reproduction and selectivity in their feeding habits. Hammerhead shark species are widely threate- ned globally, mainly because of their consumption. The characte- ristics of their population dynamics highlight the need to establish conservation strategies for the adequate protection of this species at a global level.

In 2017 within the Galapagos Marine Reserve (GMR), one of the main aggregation sites of the common hammerhead shark (Sphyr- na lewini) was detected in the neonatal and juvenile stages in the northern sector of Santa Cruz at the site called El Edén. This dis- covery laid the foundation for monitoring a breeding area used by this highly threatened species in the GMR. Natural populations of sharks must be monitored in order to know the recruitment levels of the species, and the contributions that the species has to nature. Likewise, the migratory characteristics of S. lewini increase the need to extend this research to the continental region and other countries in the region.

The monitoring and follow-up program of hammerhead shark bre- eding areas managed in GMR has been able to extend to the conti- nental Ecuadorian area, with the support provided by Ocean Blue Tree. The aim of this extension is to implement effective and efficient management measures throughout the region, which will help to conserve this highly threatened species, hoping to give this critically endangered species a chance.