Can you imagine a garden without plants, or a forest without trees and birds? Now, imagine an ocean without fish. Frightening, and we know it. We work to prevent that from happening, and we need your help.

Who we are
Our members and allies
Accountability

News blog
Migramar in the media

This expedition takes place between the Coco’s Island National Park (CINP, in Costa Rica) and the Galapagos Marine Reserve (GMR, in Ecuador). The whole round trip will traverse a total distance of 1584 nm from May 3th to May 23th, and will visit oceanic seamounts and islands belonging to both countries. The expedition will visit each site for two days, time in which satellite and acoustic tagging, BRUVs sampling, biodiversity counts, DNA sampling, and macro-plastic transects will be carried out. Four of the six sites are seamounts with less than 200 m depth.

Marine Protected Areas (MPAs) are a key conservation strategy for all countries in their marine territories and also for areas beyond national jurisdiction. Scientific studies carried out by MigraMar, and other scientists, show that highly migratory species such as sharks, rays, sea turtles, tuna, swordfish, billfish, dorado and whales are safe in existing MPAs, but once they leave face significant threats, mainly by fishing vessels. How much are these species at risk while being out of a reserve, or how effective is a MPA to protect them while being within, are key questions MigraMar is committed to assess.

Scientific studies carried out by the MigraMar network and other scientists, show that highly migratory species such as sharks, rays, sea turtles, tuna, swordfish, billfish, dorado and whales, while protected when inside marine reserves, face significant threats once they leave. MigraMar scientists aim to quantify the overall risk to these species, based on their residency in protected waters, and to identify migratory corridors that can be used as the basis of new protected areas.

MigraMar and partners undertook a research expedition in the Eastern Tropical Pacific Ocean (ETPO), in the region known as the Cocos-Galapagos Swimway. This expedition was carried out within the Marine Corridor of the Eastern Tropical Pacific Ocean (CMAR) framework, which is supported by both the Governments of Costa Rica and Ecuador. The goal of this expedition was to obtain scientific information on the abundance, biomass and behavioral patterns of migratory fish species. This information will inform decision makers of the level of protection required to reduce fishery-related mortality and improved regional management schemes.

To achieve this, MigraMar relies on the following expedition objectives:

The science at each stop 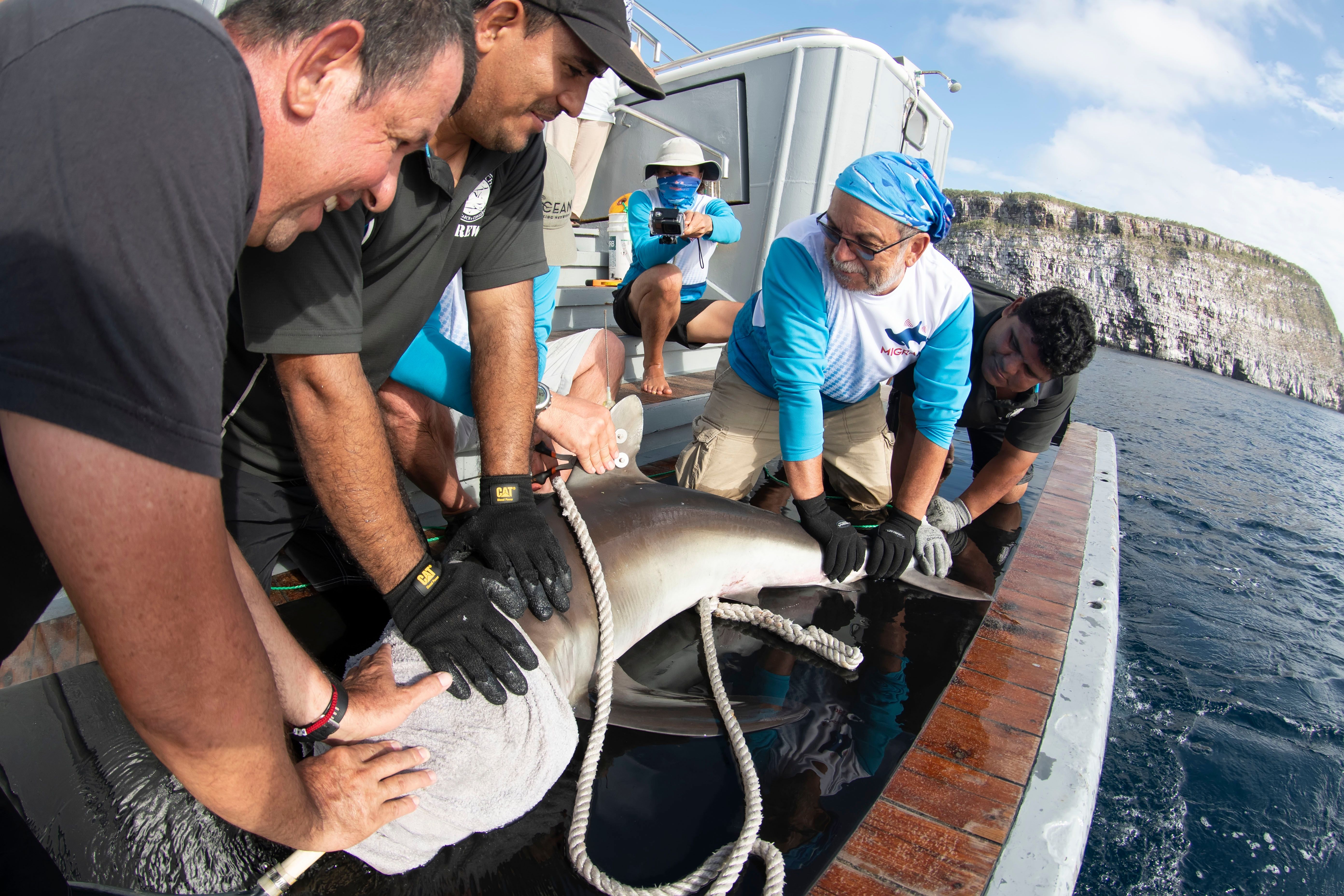 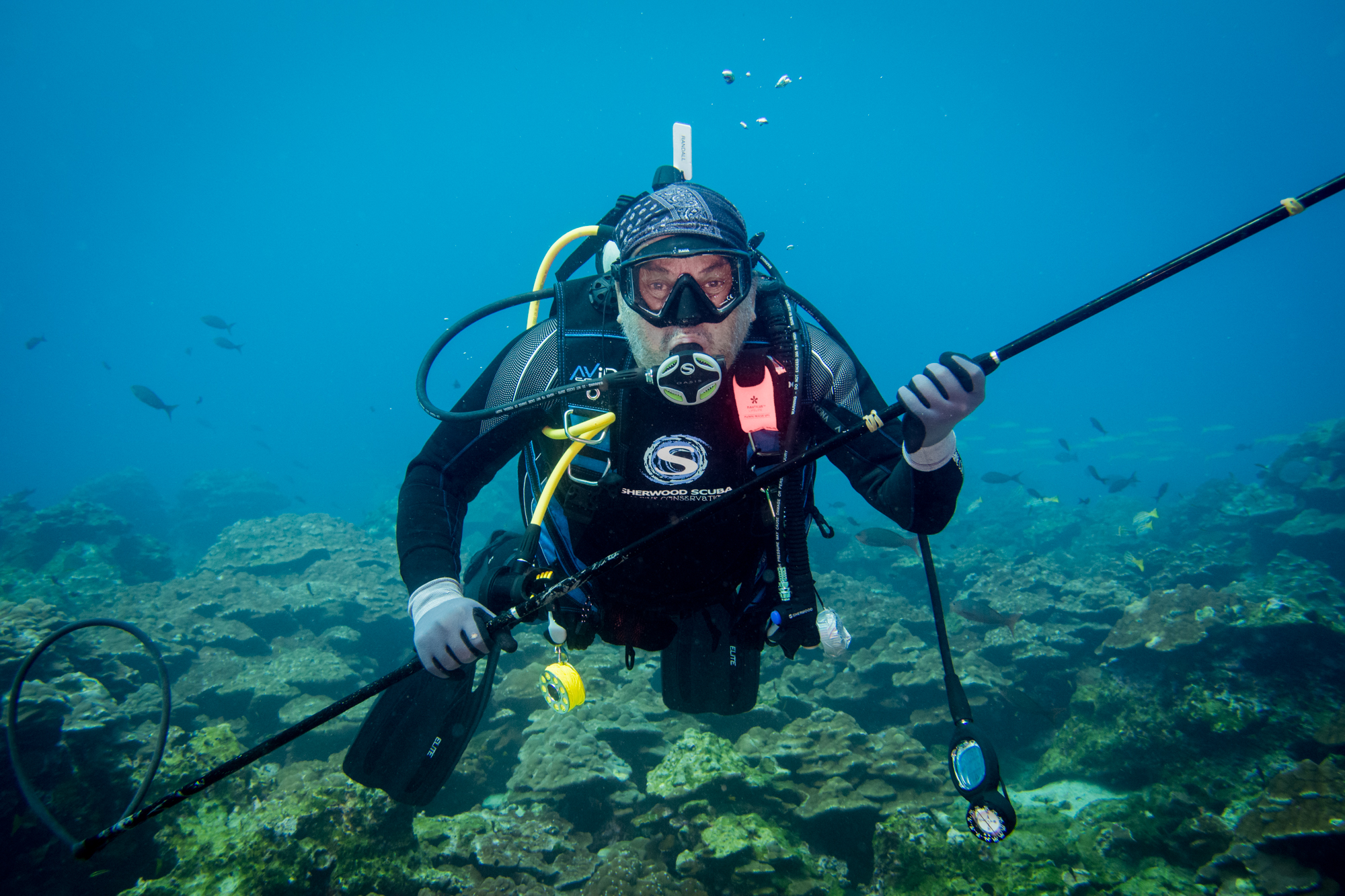 Used to assess the fine-scale habitat use and connectivity of marine species throughout the ETP region. By using acoustic devices that emit a coded sound signal, scientist passively track marine animals whenever they pass by a permanent listening station. MigraMar has an array of listening stations located all around the Eastern Pacific Ocean. This array is mostly comprised by Vemco VR2W receivers set at 30 m deep and anchored to concrete blocks by PVC coated marine stainless-steel cable ropes. In some deep-sea areas, Vemco VRAR underwater acoustic receivers are in place. 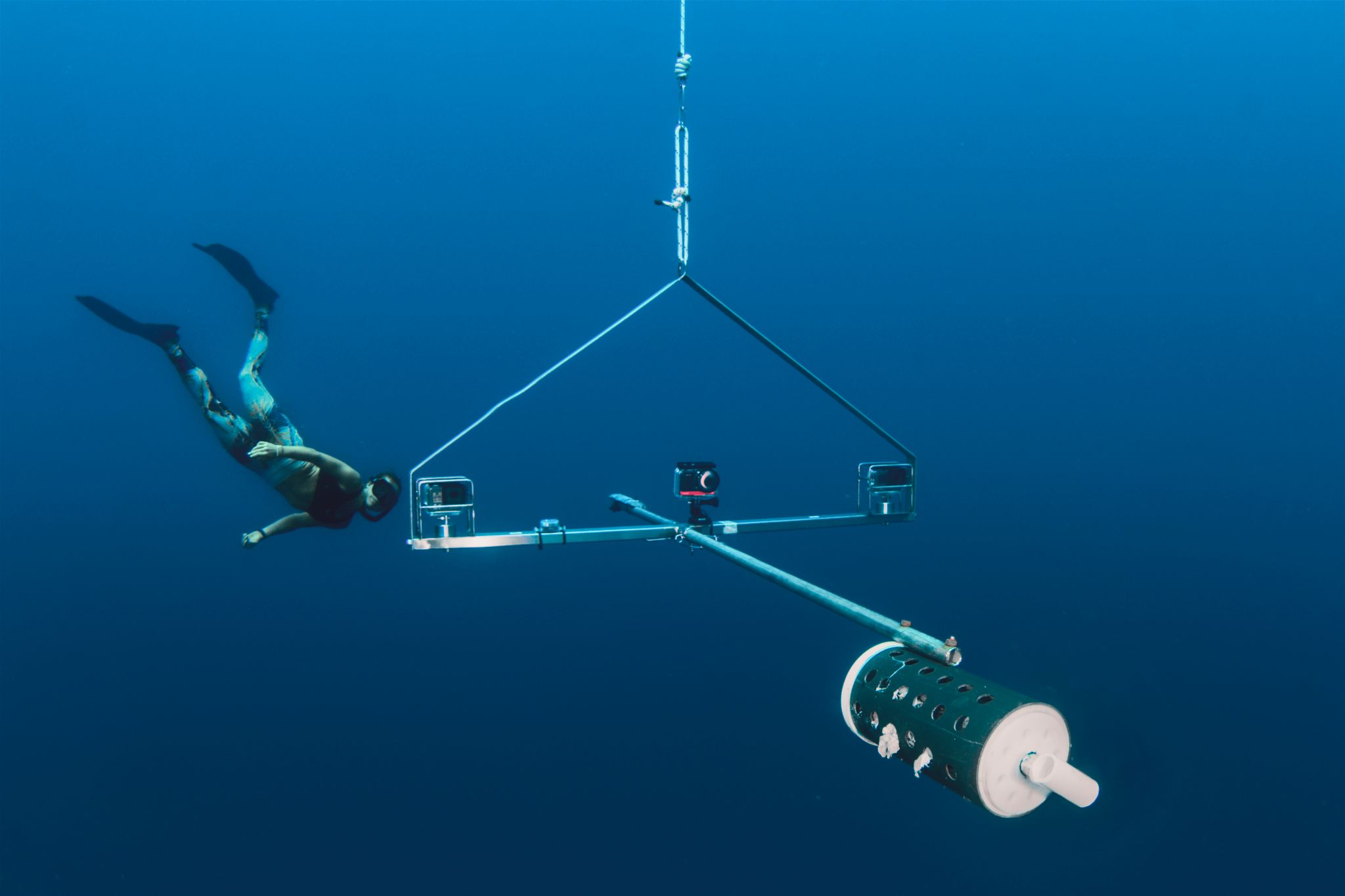 Used to assess abundance, size structure and biomass of pelagic marine species. A stereo BRUVs consist in two front facing cameras placed in an angle of 8 degrees used to create a three-dimensional (stereo) image, which is later used to measure any object (or fish) that passes in front of the cameras. BRUVs work as a regular hook and line, with the advantage that all fish are only photographed instead of restrained for acquiring morphometric data. 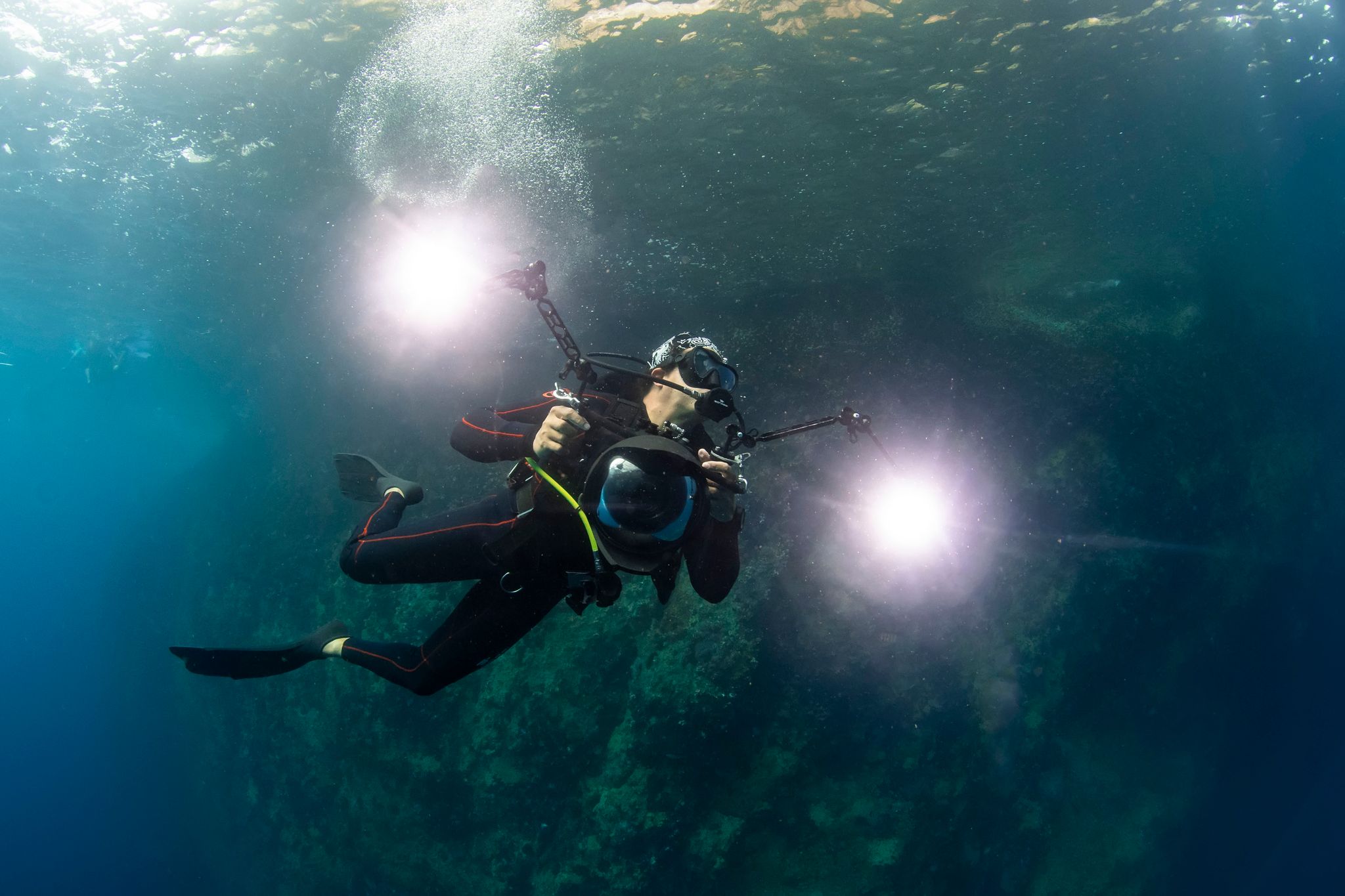 Used to estimate the relative abundance of marine megafauna species within and around MPAs. Two divers will count all the animals that pass by in a 30-minute period. The UVS generally begins at 25 m and ends at 15 m depth, ascending gradually during this time. 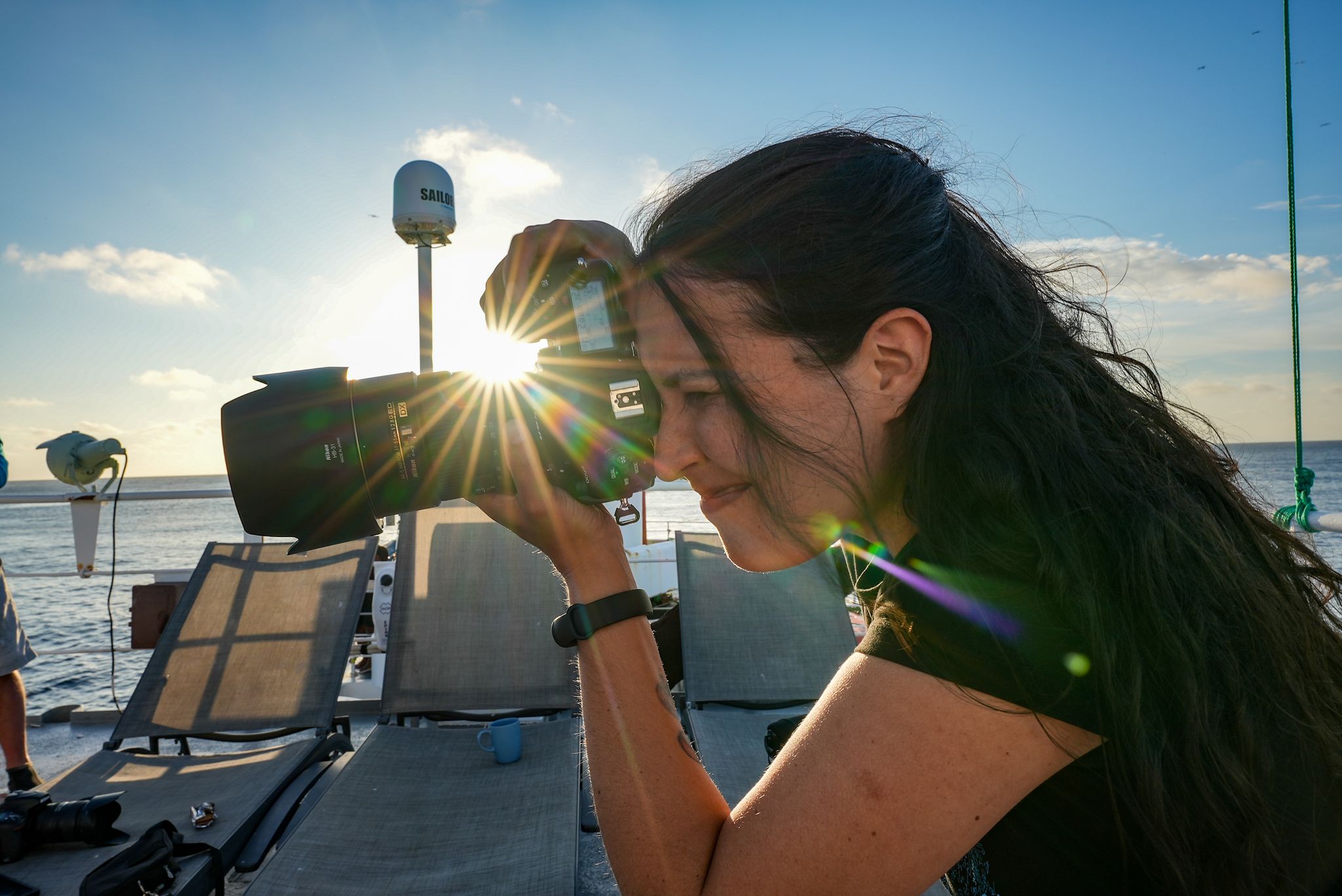 Used to measure abundance of seabirds, marine reptiles and marine mammals over the surface. A pair of observers will log the geographic location of all species observed around the boat while navigating and on each study site. 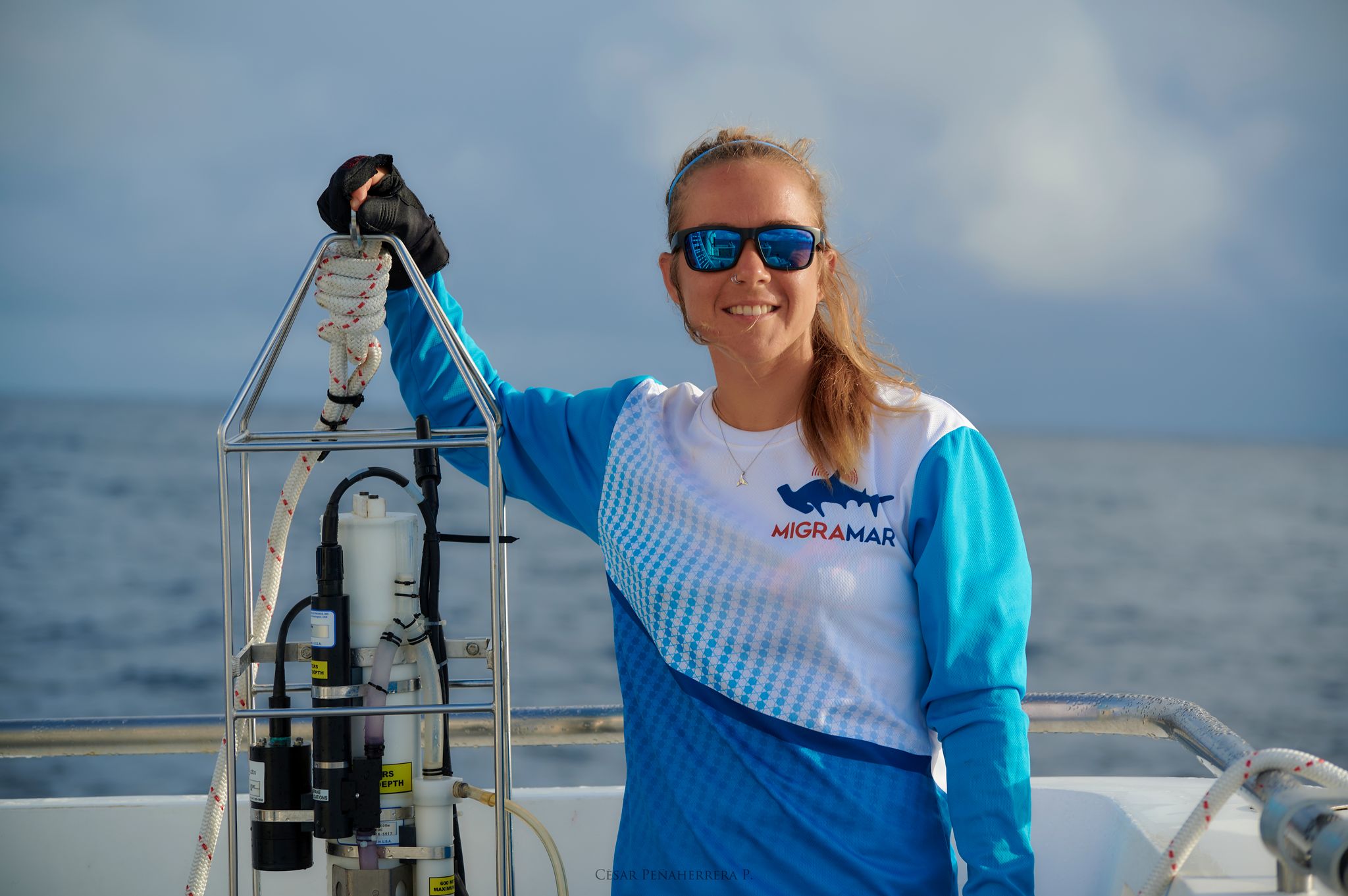 Used to understand the in situ and regional ocean dynamics regarding sea surface temperature, thermocline, primary productivity. For in situ readings, a Seabird ® CTD equipment will be lowered to a depth of 100 m in each site to measure the vertical profile of temperature, depth, conductivity, chlorophyll (via fluorescence) and dissolve oxygen. In addition to this, all data collected via BRUVs and the traverse location by tagged animals will be match with remote sensing data on sea surface temperature, chlorophyll a concentration, eddy kinetic energy and seafloor depth. 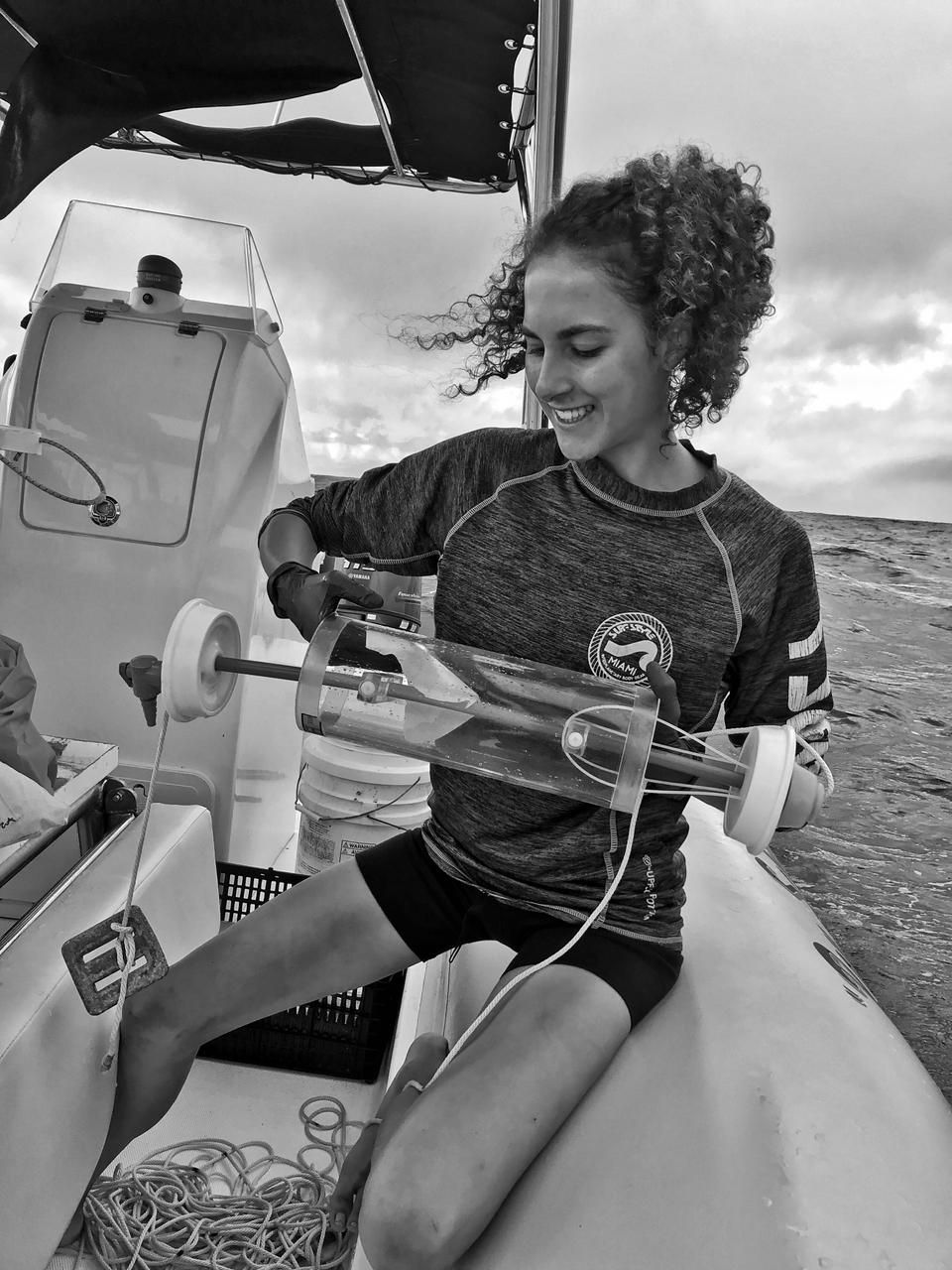 Used to assess the species richness of a place based on traces of DNA of a species left behind when swimming freely in an area. 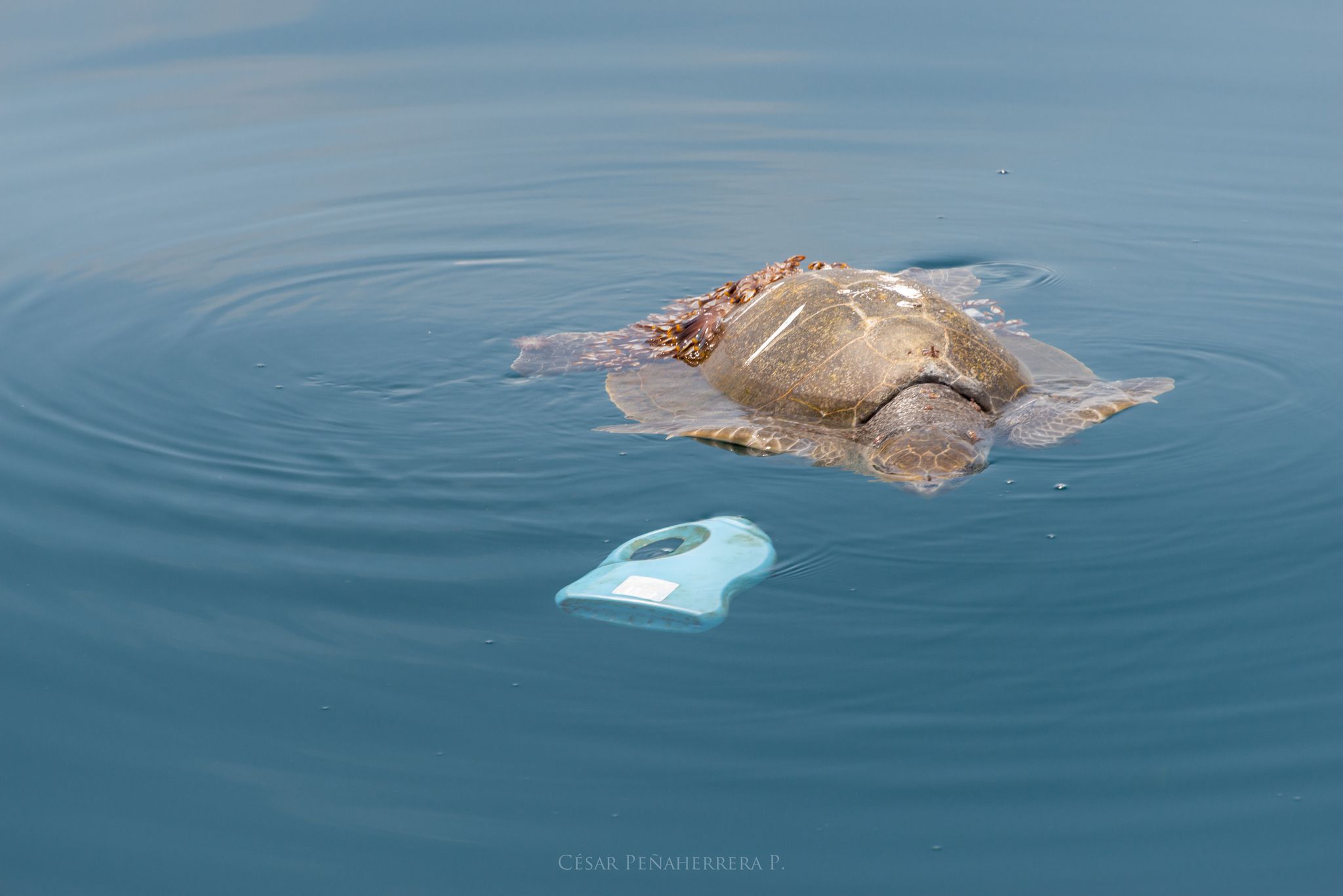 Used to investigate the abundance and composition of floating plastic pollution that may be encountered by marine migratory species. Floating plastics will be recorded from one side of the vessel within approximately 50 m distance, categorized by item type and size. This information will help establishing gradients in abundance and composition of plastic litter across the Eastern Pacific Ocean.

Ethics in our science 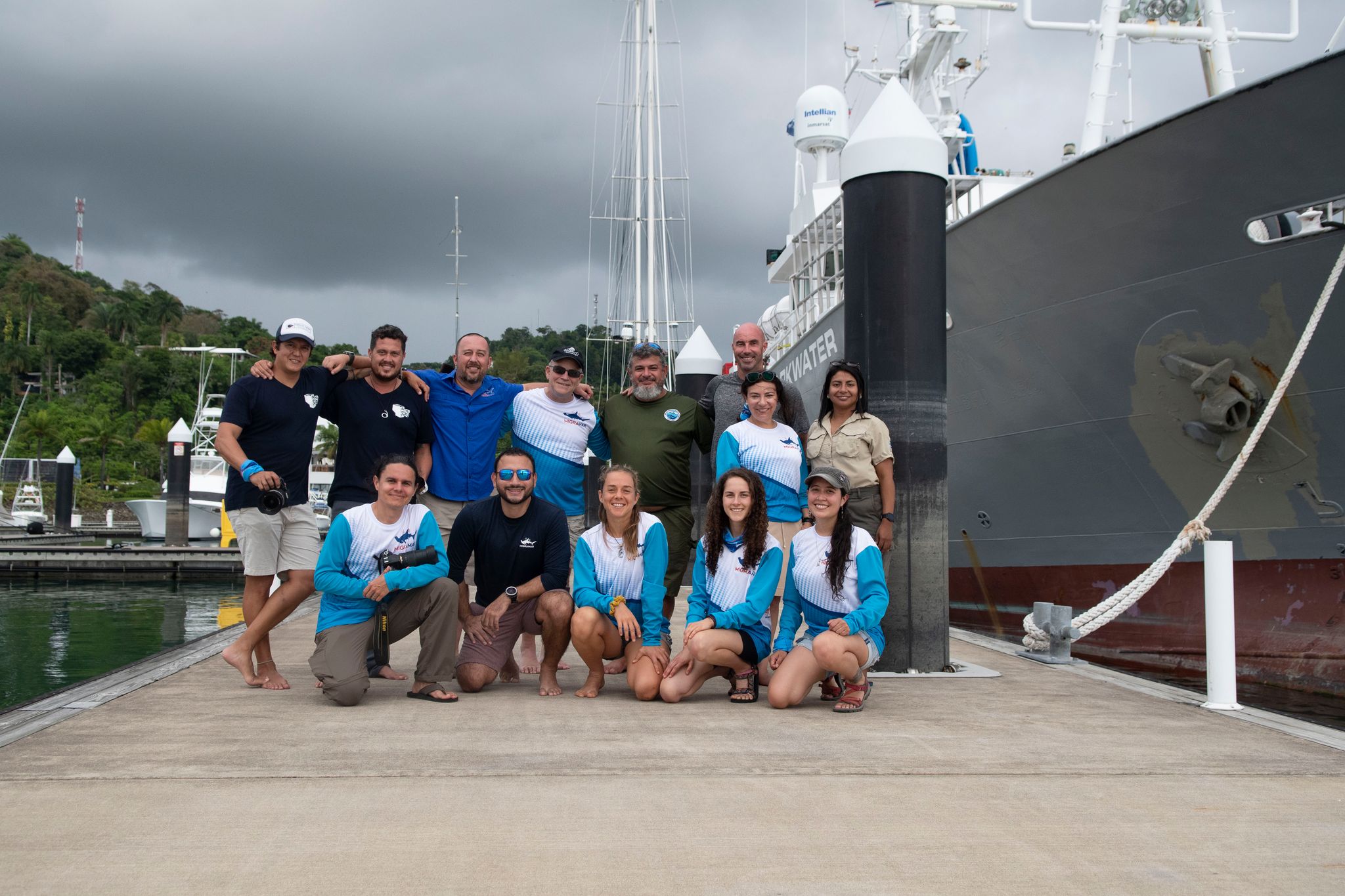 Owned by Fins Attached (www.finsattached.org), Sharkwater is a 134-foot vessel that was originally built in Japan and used by Japanese fisheries but now has been repurposed for the good of our oceans through the marine research and conservation mission of Fins Attached. Sharkwater is be a host to the Coco-Galapagos Expedition 2021.

Our partners in science